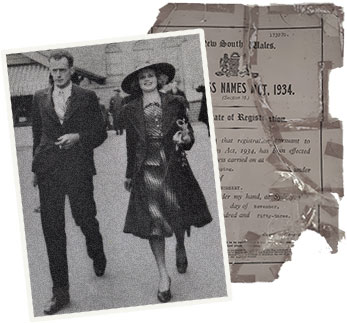 Henry (Harry) Engall was a Nurseryman in the Ermington area of Sydney in the late 1800’s. He was married to Agnes and they had 8 children. Little did Harry know that their son Robert William Engall born on 4th February 1907 would go onto to start a nursery that is continuing to grow quality fruit trees in 2020. Harry’s love of plants has now spread across 4 generations.

Robert William Engall known as William or Bill Engall married Eunice in 1927 and they started a family shortly after, ending up with 4 daughters and a son. After a two and a half years in the army during World War 2, Bill returned home and followed in his father’s footsteps of being a nurseryman. In 1946 he started his own nursery in the backyard of the family home in Carlingford Rd Epping. With an obvious sense of humour he called the nursery “Weona Nursery”, (We own a Nursery). Plants were grown on various rental properties in the district and sold through the Carlingford Road site.

In those days, the plants were grown only in the ground.

In winter they were dug and sold bare rooted. Dispatch consisted of soaking the roots in a muddy solution in an old bathtub, (the puddle tub) then enclosing in wet and dry straw and wrapping in brown paper then finishing with an intricate web of bailing twine. These packages were then sent via rail all over Australia. Customers would phone their orders through or send letters of request with cheques or money orders. It was the original online ordering without computers. 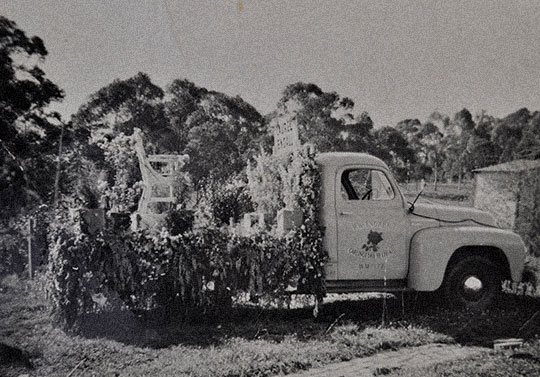 Original truck dressed up for a street parade. 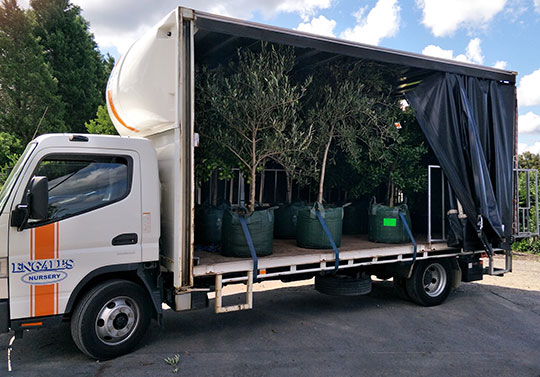 Trucks have come along way!

In 1956, Bill Engall passed away at the young age of 49. His wife Eunice and son Robert continued to run the family nursery. The ‘Weona Nursery’ name was gradually left behind, and the nursery traded as E.I. and R.D. Engall. It was still a family affair with Robert growing the plants and his sister Gwen working in the office and her husband Les Franks helped with the propagation.
Growing techniques evolved and the citrus trees began being grown in containers. As plastic pots were yet to be invented, the growing containers were old jam and kerosene tins. They had their tops cut out, sharp edges hammered in and holes punched in the base and then filled with dirt dug direct from the ground, no fancy potting mixes. The weight of these plants would have been so heavy. Luckily, there was no workplace safety in those days! 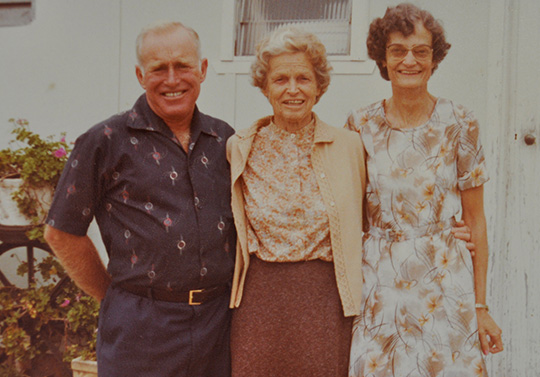 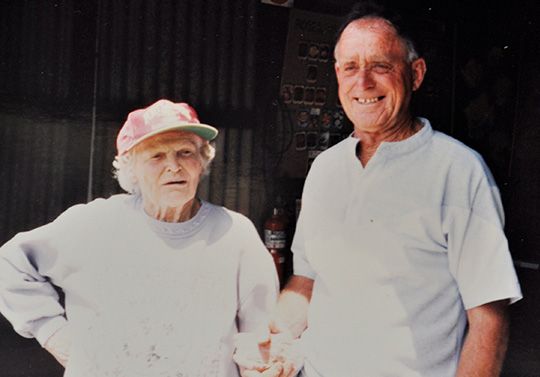 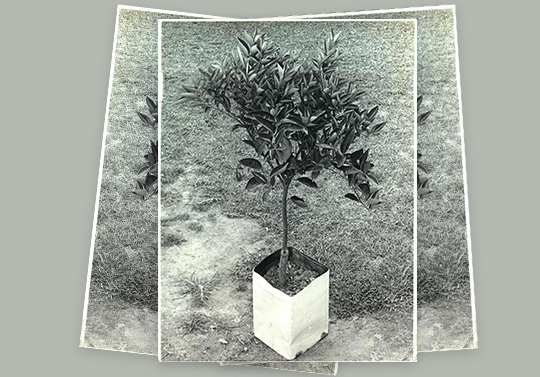 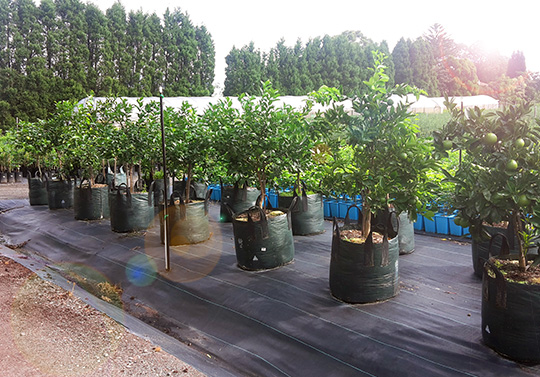 Citrus growing techniques have changed a lot since the kerosene tin

In 1974 Robert met Fay who was also a nurseryperson. They married, had a son Mark and in 1978 they purchased an old abandoned Hazelwoods Nursey site in Old Northern Road Dural. The production site began with a mix of inground and containerised production with the plants continued to be sold through the Carlingford Road Nursery. Eunice had stepped back from the nursery and Robert and Fay took ownership of Engall’s Nursery in the 80’s.

During the 70’s and 80’s catalogues were printed every year. Many hours of preparation went into planning and producing these at a huge expense. They were printed by the thousands and posted to regular customers, handed out at shows, and presented to customers as part of the personal customer service. 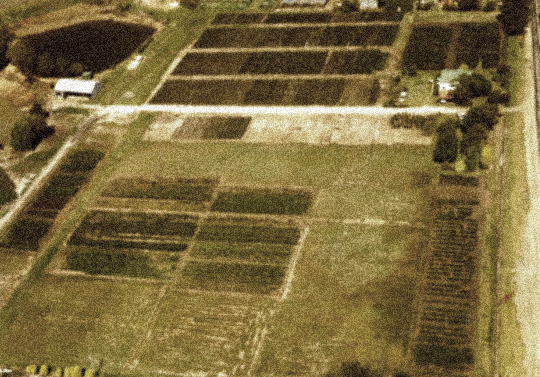 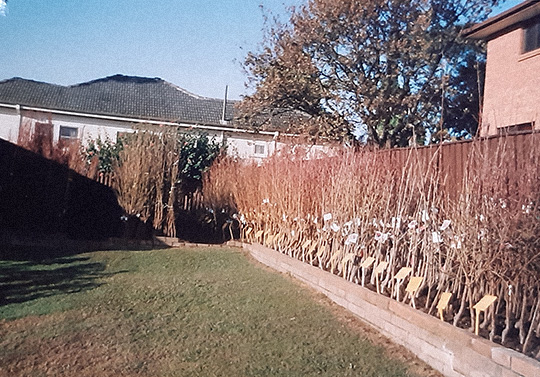 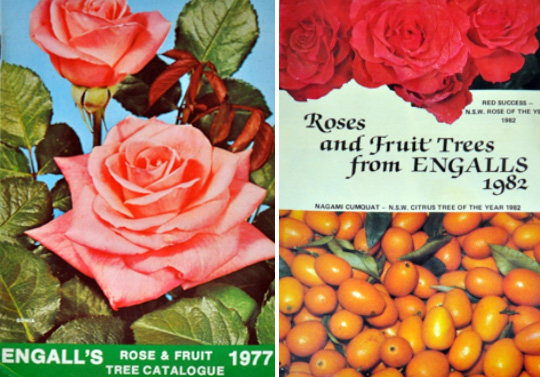 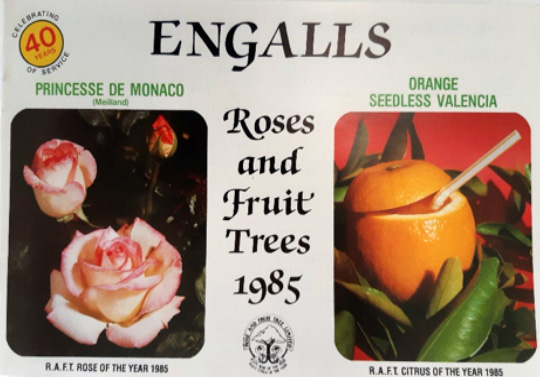 In 1997, Robert Engall died at the age of 67. History was repeated with the business, his wife Fay and young son Mark were left to continue. Mark focused on updating the production processes and facilities at Dural increasing the wholesale side of the business. His sister Gail continued the retail outlet at Carlingford road.

After 60 years at Carlingford Road Epping, the extremely hard decision was made in 2006 to close and sell the site. Times were changing with the increase of competition from the big box stores and continued council rate rises for a commercial property in a residential area. The business was simply no longer viable at this location. Once sold, developers quickly turned the once tranquil nursery site into 11 townhouses.

This was also the catalyst for Fay to retire and pass the ownership onto Mark and his wife Fiona. Fay continued to live in the cottage at the Dural Nursery and spent many a day on the back deck keeping a watchful eye over the nursery and staff. 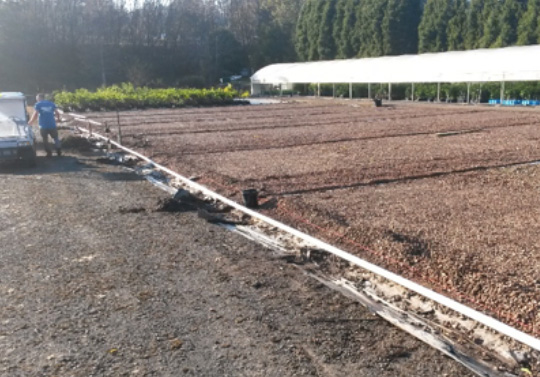 Growing areas being improved at Dural 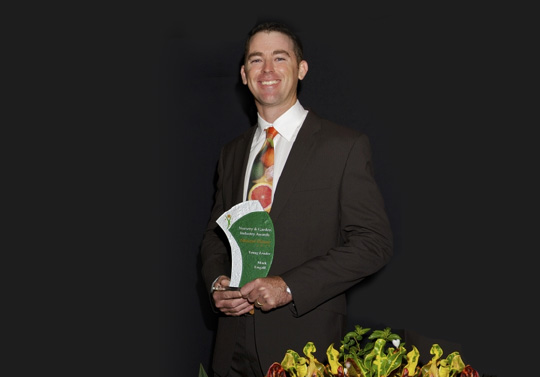 Mark Engall with his Citrus tie and award

In 2018, Fay Engall passed away, but her love for Dural property has been passed on to her 3 granddaughters who one day may take over the nursery. They already enjoy bossing their father. Production is always increasing as demand grows for quality fruit trees. The Dural nursery site is expanding into a neighbouring property and producing more plants every year.